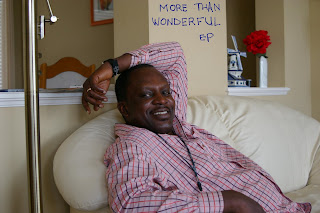 After a long wait, I finaly got to releasing a new CD. It’s more of an EP. Always been intrigued about what an EP meant. Thanks to the internet, could carry out a bit of ‘research’ and found the following
EP Noun
an extended-play gramophone record, which is 7 inches in diameter and has a longer recording on each side than a single does..
But then we do not use records anymore these days. I must be one of the last generation to. My kids have never had one in their hands or played it. CDs they can relate to.. But then Wikipedia gave a more detailed description.
An extended play (EP) is a vinyl record, CD, or music download which contains more music than a single, but is too short to qualify as an LP. Usually, an EP has around 10–28 minutes of music, a single has up to 10 minutes, and an album has 30–80 minutes. Mini-LPs generally contain 20–30 minutes of music.[1] In the United Kingdom, the Official Chart Company defines a cut off between EP and album classification at 25 minutes length or four tracks (plus alternative versions of featured songs).[2][3]
Aaah! That will do nicely. I am not ready with enough tracks to fill a whole LP album, and landed with the idea for an EP. Brilliant. My new EP’s got 6 tracks and checks in at about 30 mins . sample here at www.indieheaven.com/artists/martinadu

Martin Adu is a music minister, an inspirational gospel music artist based in Leiden, the … END_OF_DOCUMENT_TOKEN_TO_BE_REPLACED

Dear Readers, as the COVID lockdowns are now effectively over, I am beginning to minister live and in-person again.This month of October, I will be … END_OF_DOCUMENT_TOKEN_TO_BE_REPLACED