Sometimes in life you get inspired by other people, and sometimes you are used to inspire others. It is a great thing either way. A brother (fellow pilgrim) drew my attention to the happenings since we started our trip. I was supposed to be in a Bus ONE, but a day before we were told where to be in the preparatory meeting, I was ‘shifted’ to bus FIVE! On Bus 5, once we arrived in Israel, I entered the Bus and unlike me, rather than sitting in one of the forward seats, ended up in one of the seats at the back. Here comes the crunch, I could have been moved to bus TWO or bus SIX. (Those Buses and the people in them did not make the trip as a result of the Volcano eruption travel disruption). At the back of the Bus, I seemed to have hit it off with all the people surrounding me, said a word that has really encouraged them, helped them discover what God’s call or plan for them could be, brought a smile et.c THAT is what I call being used to inspire others and God ordained fate!

Today, we made a trip to MASADA. What about that? This was a place where a terrible thing happened. The last part of Israel standing up to the Roman invaders, after Jerusalem the capital had fallen in 70AD. The end result was that these brave Jews when confronted at the very end with the possibility of being captured and being mercilessly punished by the Romans, decided NEVER! and sadly, killed one another till the last person topped himself! Horribly history but showed how people showed courage and defiance till the very end.Inspiring. Till Today, the Israeli army has the practice of having a swearing in on top of the Masada fortress, and state that Masada will never be taken again and dedicated themselves to the fact to be ready to die literally for their country! Wow. We got there and had to get to the top of this table like mountain via a cable car. 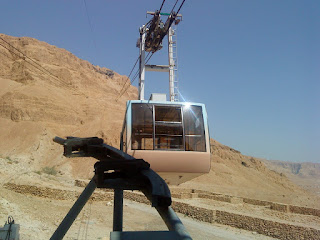 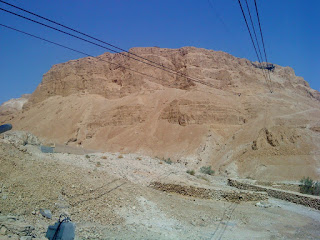 We were led around by our guide to see the palace that Herod built and what the Romans made of it afterwards, creating a luxurious settlement. Then had a very short service here and got on our knees,pledged allegiance and dedicated ourselves to God and God’s people – Israel as bible believing Christians. That was something. 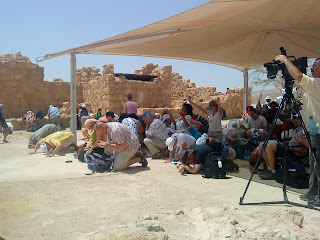 The Dead Sea and Scrolls
Fast forward to the last century. Qumran, where Beduin shepherds discovered the earliest bible scrolls ever, the dead sea scrolls. We drove past it on our way and came back to visit it and see how the Essenes sect lived as well and the caves. BUT, we went to this spa at the Dead sea. I have heard of it but now I have seen it. It is true, you float on it and it is SALTY! I put my hands in the water and what did I come up with big lumps of salt crystals. I heard that 33% of the water is salt. I laid me down back and front easy, for someone who is not an Olympic material swimmer :-)We had to wash off the salty water and then had a regular swim in the swimming pool. And then we went back to our hotel. 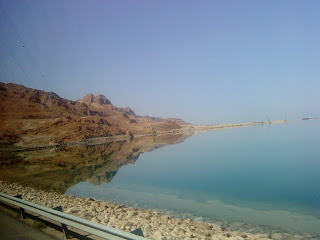 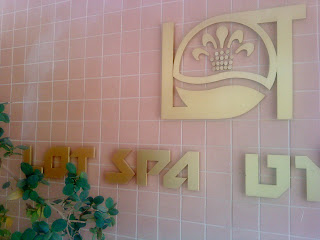 As we have been doing almost every day, we held a debrief and prayed together after dinner. One more major activity day. This has been momentuous.

Martin Adu is a music minister, an inspirational gospel music artist based in Leiden, the … END_OF_DOCUMENT_TOKEN_TO_BE_REPLACED

Dear Readers, as the COVID lockdowns are now effectively over, I am beginning to minister live and in-person again.This month of October, I will be … END_OF_DOCUMENT_TOKEN_TO_BE_REPLACED