Aah Atlanta: What do you do when a singing engagement is cancelled and you
have time in your hands , and your’ stuck with a female population of around 90 ?
Go shopping 🙂 We spend the late afternoon in one of Atlanta’s shopping malls. It
is America- land of the shopping malls.

On the 14th of April (Monday), we paid homage to one of the most important figures
in modern day black history, yes you guessed it. Martin Luther King. He is from Atlanta, 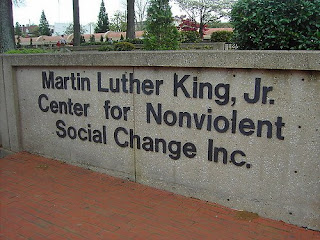 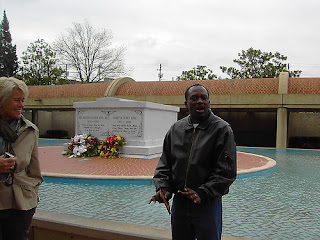 and is buried there. So we paid a visit to the Martin Luther King Jr. Center and I made my version of the famous I have a dream speech at the tombstones of Martin and Wife Corretta.Very moving exhibition and displays. That evening we zang at the Atlanta Union Mission, which helps ex-drug addicts reintergrate back into society. That was something. 40 -50 MAN audience. I mean all men. We barely had space to take the whole choir and no stage but it was wonderful to see them all singing along and being blessed. That was unforgetable.
Tuesday the 15th, we had our only free day, so we took time out to see family. Off to Augusta Georgia, where my brother in law (Doctor) lives with a rental car. Why did I live my GPS back at home 🙁 We made 3.5 hour trip of a 2.5 hour trip and the return trip was not better, when sports took over and all roads led to the sports arena, and lots of roads were blocked. Motorists’ nightmare, but we were glad to see family away from our home across the Atlantic. 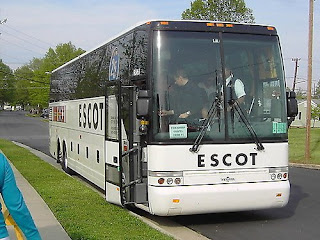 On the way to Charlotte, NC. We packed our stuff on Wednesday, the 16th and made our way to Charlotte in North Carolina state. Smooth ride with one stop to eat. What a beautiful city. Calmer, appears cleaner. There seems to be a crown on all road signs , then our guide begins to tell the story. Charlotte is named, we are told after the wife of an English King, George III . It is also known as ‘queen city’. Directly to our 2nd hotel, we went. The Omni. Now, that’s luxurious . I love it and would recommend it with a shopping center under it . Churches everywhere . It’s flowing with the milk and honey. Apparently the 2nd biggest financial centre (center) of America, second to new York, of course. Lots of construction work and banks, but God is at work too.
The CHARLOTTE SEGMENT:
to be continued…

Martin Adu is a music minister, an inspirational gospel music artist based in Leiden, the … END_OF_DOCUMENT_TOKEN_TO_BE_REPLACED

Dear Readers, as the COVID lockdowns are now effectively over, I am beginning to minister live and in-person again.This month of October, I will be … END_OF_DOCUMENT_TOKEN_TO_BE_REPLACED